This app is draining your Android’s battery 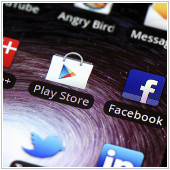 If you haven’t yet woken up this Monday morning, get ready for a cold splash of water to the face. For Android users, the Facebook app is draining 20% of your battery life and potentially slowing your smartphone by 15%, essentially making it a dumb phone. Shocking as this may sound, there is a way to have your Facebook and use it too—without such a damaging blow to speed and battery. Read on for the full scoop.

The flaw with the Facebook app was first reported by a tech writer, Russell Holly, from androidcentral.com. Here’s what he had to say about it…

“Recently I noticed some performance issues on multiple phones, and had started paying closer attention to what exactly was causing these problems. When Facebook turned out to be one of the more egregious resource hogs, I uninstalled it to see how things improved…Not only did my performance issues go away entirely, but I discovered I didn’t actually lose any of the Facebook features I cared about by uninstalling the app.”

Russell Holly, however, is not the only one who’s noticed a difference in Android performance after uninstalling Facebook. Since his finding, there have been numerous reports from tech writers and Android users across the globe. Furthermore, some users have also noticed a 15% boost in speed once they uninstalled Facebook and the Messenger app.

As one of the Android’s most popular apps, whether or not to install or uninstall Facebook can be a tough decision. However, the battery benefits are so big that it’s worth exploring alternate methods to get your Facebook fill. One is to simply uninstall Facebook and keep the Messenger app. This will not give you the full 20/15% boost, but will provide a noticeable difference in both speed and battery life. Alternatively, you can also access Facebook via Google Chrome or your other Internet browser. By doing this, you can still use most of the same Facebook features (with the exceptions of a few such as location-based functionality and Instant Articles, among others) and still get the max boost to your battery and speed.

As for Facebook, this isn’t the first time the app has been accused of slowing down a phone. Last October, the app was found to drastically drain the iPhone’s battery as well. Facebook promised to work on correcting that issue, and have a similar response to this, “We have heard reports of some people experiencing speed issues stemming from our Android app…We are looking into this and will keep [users] posted. We are committed to continuing to improve these issues.”

So while you’re pondering whether or not to uninstall Facebook on your phone, feel free to shoot us any of your other Android questions or concerns. We are happy to help resolve any of your Android or other IT related issues.

Published with permission from TechAdvisory.org. Source.
PrevBCP tactics to keep your business running
Secure your business with these IT policiesNext