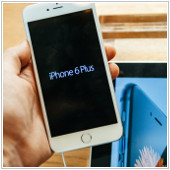 iOS updates for iPhone happen on a regular basis. And while you may be in the habit of updating without giving a second thought, there are benefits to being patient and prepared. By doing so, you may end up saving yourself from unnecessary headaches that come along with a premature iOS update. Here are some guidelines to follow to avoid them and update your devices wisely.

Decide whether or not to update now

Just because a new iOS update is released doesn’t mean you must install it. In fact, users who do install early are sometimes faced with big headaches as the new iOS goes through technology growing pains. For example in the release of iOS 9.3, many users encountered a bug that caused Safari to lock up when hyperlinks were used to open web pages. Issues like this can cause business owners and general users alike to take a productivity hit. So if you’re heavily reliant on certain iPhone features, it makes sense to do your research before updating to a new iOS and get feedback from users who’ve already upgraded. Apple forums, YouTube and of course a simple Google search can help with this. Oh, and as for that iOS 9.3 Safari bug issue, it’s since been fixed with the release of iOS 9.3.1.

When downloading an iOS update, you may be asked for your Apple ID. If and when that time comes, you can avoid scrambling by being prepared with your password beforehand. You should also keep your passwords handy for your favorite applications and services, as sometimes you’re automatically logged out of these when updating your iOS.

Updating your iOS can be a precarious task. While not something that happens incredibly often, there’ve been cases where users have lost important files or photos. And if you store important business information on your device, you certainly don’t want to lose it during an update. To avoid this, backup your phone beforehand either through iTunes or iCloud.

Power your battery & connect to Wi-Fi

Many users will choose to install new iOS updates Over-the-Air (OTA). This means you’re updating it over Wi-Fi on the settings in your phone rather than via iTunes. If you go this route, there are two things you should be aware of. Your battery must be charged to at least 50% (or be plugged into an outlet) and you can’t start the update through a cellular connection – it must be done through Wi-Fi. The point is, make sure to charge your phone and find a reliable Wi-Fi connection before starting the update process.

After an iOS update, sometimes some very unusual problems occur. While most users will face no issues, others will encounter shorter battery life, unresponsive touch-screens, Wi-Fi problems, and more. If it happens to you, take a deep breath and don’t panic. Know they’re likely answers to your problems already out there on the web. Whatever your unique issue, a quick Google search should turn up multiple resolutions. You can also search the various Apple forums on the web.

Know you can always downgrade…most of the time

If you absolutely hate the upgrade, there’s good news. You can downgrade for a short period of time after an update is released. There is one catch though. You can only downgrade to a select number of previous versions. For example if you recently updated to iOS 9.3.1, you’ll be able to downgrade to iOS 9.2.1 or iOS 9.3. That means iOS 9.1 and earlier users are out of luck and must think carefully before choosing whether or not to upgrade.

While these 6 tips can be useful for the current iOS 9.3.1 update, you can also return to them for future iOS updates as general guidelines that apply. If you’re searching for more iPhone tips or need assistance with any Mac products, drop us a line today.

Published with permission from TechAdvisory.org. Source.
PrevWearable tech for employees: Good or bad?
4 BYOD security risks you should addressNext