Choosing a web browser: Which one is safest? 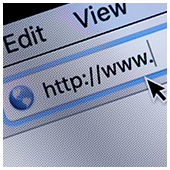 Managing business-level cybersecurity is no simple task. Tens of thousands of users are finding that out the hard way as they confront the issue head on in the wake of an international ransomware epidemic. Although many cybersecurity strategies require professional IT support, a great place to start is assessing the security of your web browser.

Despite their nearly identical logos, Edge and IE are actually different browsers with vastly different security strategies. Microsoft’s legacy browser, IE, isn’t even fully supported anymore. The most recent version still gets occasional updates, but experts don’t expect that to last for long. If any website or services claims to require IE to run, consider that a possible red flag.

Windows 10’s default browser, Edge, is a different story. This browser uses a technology called virtualization to create safe spaces to open and test links before granting a website’s programming code full access to a computer and user. Edge is based on the same software as IE, and the majority of its security improvements come from scrapping the browser’s customizability. If you’re okay with a fairly inflexible browsing experience, Edge is a good option.

Safari is to Macintosh computers what IE is to Windows machines. Safari comes pre-installed on OS X and it has a long history of battling malware. Its security programming has been bested a number of times, but usually in research settings. The commonly held belief is that Safari just doesn’t have enough users to make it a profitable target. Apple has a history of responding quickly to malware, but we don’t recommend leaving anything to chance.

One of the earlier third-party web browsers to gain popularity was Firefox. Unfortunately, it just can’t keep up with the competition. In just one example, all the data from browser plugins is stored in the same location, which means a compromised add-on could easily gain access to the data stored in a password manager.

One of the reasons that Firefox continues to stick around is its commitment to privacy. All the other browsers on this list profit from analyzing (and sometimes selling) your browsing habits, while Firefox has cornered the market on privacy. Security and privacy should never be confused, but if the latter is more important to you and you aren’t installing third-party plugins, Mozilla is an OK option.

Chrome is used by almost two-thirds of all internet users, and for good reason. Like Edge, Chrome also uses virtualization to create a quarantined space between the internet and your computer. Additionally, Google issues routine security updates to its browser more frequently than any of the others on this list. There is near unanimous consent among experts that Chrome is the safest of all web browsers.

Privacy however, is a whole other ball game. Pretty much every action you take using the Chrome browser is tracked, stored and analyzed. That’s not to say that your email isn’t encrypted or your saved passwords aren’t safe, it just means you have much less control over your internet identity.

Being aware of how your web browser stacks up against its competitors is only a fraction of the battle. WannaCry spread to uninfected systems through a gap in the Windows security framework, and most other ransomware infections prey on human error. What your business needs is a comprehensive security audit. For more information, call us today.

Published with permission from TechAdvisory.org. Source.
Prev4 Ways to take better care of your servers
Precautions against WannaCry ransomwareNext